What the World Needs Now…

What the World Needs Now…. A Future-Proof Global Curriculum

Written in the light of recent events surrounding George Floyd’s death, I read an article entitled ‘A Future-Proof Curriculum’* and it got me thinking…

Let’s start with a quote from that article:-

“Black History Month, albeit a month to reflect and raise awareness, underpins the issues with our National Curriculum. It is out of date and not fit for purpose.”

This is an opinion we have held since its inception in 2013 was turned into legislation in 2014.

Some would argue that the national curriculum is the holy grail, the gold standard and, as such, an untouchable benchmark for ambition and high standards in education. However, with aims such as teaching pupils “the best of what’s been thought and said” (which is, ironically, a quote from a series of periodical essays published by Matthew Arnold in 1867 called ‘Culture and Anarchy’!), the lack of cultural balance, coupled with rigid subject divisions does not promote a curriculum with breadth and depth.

I would point to our relentless curriculum work over the last four years here at Dimensions, which has seen us striving to design a model that is fundamentally built on much more meaningful, contemporary pillars for learning. It seems we are not alone in our dissatisfaction with this current diet of irrelevance.

Campaigners have recently sent an open letter to the education secretary, calling for him to make black history lessons compulsory all year round. In the letter it states, “Despite numerous calls over the years to reform the national curriculum to incorporate Black histories, these requests have been denied. Learning Black history should not be a choice but should be mandatory. Our curriculum should not be reinforcing the message that a sizeable part of the British population is not valued.”

The interplay between different cultures is certainly sadly absent and exposes a gaping hole in the national curriculum, which itself promotes a largely Eurocentric narrative. A shallow viewpoint would acknowledge that this omission represents missing pieces for just black, Asian and ethnic minority children. It doesn’t. It means all pupils, especially those in predominantly white schools, are devoid of any understanding of the relationship Britain has with the rest of the world and how and why Britain itself is such a diverse community of people.

So, how do most schools tackle this? Focused weeks or days seems to be a popular ‘top up’ strategy. However, as Ross says in his article, “Social media and cyberbullying. Gender, race, poverty and diversity. Managing finances. Having sex. Cultural literacy. Dealing with bereavement and mental health. A small snapshot of the essential issues in our lives, swept aside for ‘enrichment days’ in schools.” Adding on is not the solution. We need a root and branch reform.

This is what we have done with our latest curriculum model “Learning Means the World.”

Coming from an entirely new starting point of meaning and relevance, we have defined four core world issues, one of which is culture. This means that, rather than being an add on, the broad and rich spectrum that the global vision of culture offers, takes our pupils both into and out of themselves.

Can we really afford to stick rigidly to box-ticking a curriculum that has no focus on developing young people who are outward-facing and forward-thinking?

“Learning Means the World” aims to prepare our pupils so they are ready to deal with tomorrow’s issues today.

*‘A Future-Proof Curriculum’ by Ross Morrison McGill, founder of @TeacherToolkit

We found these related posts that you may also like... 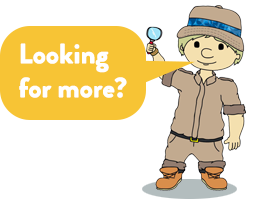